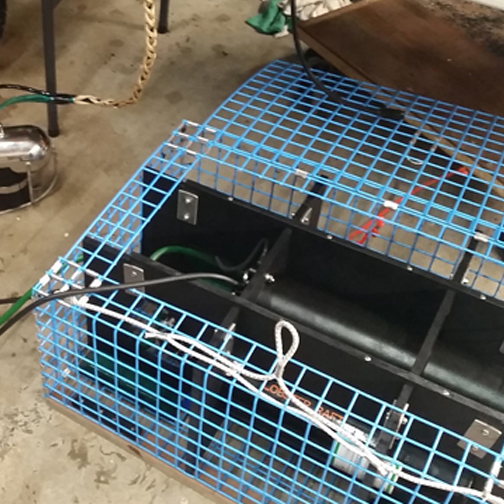 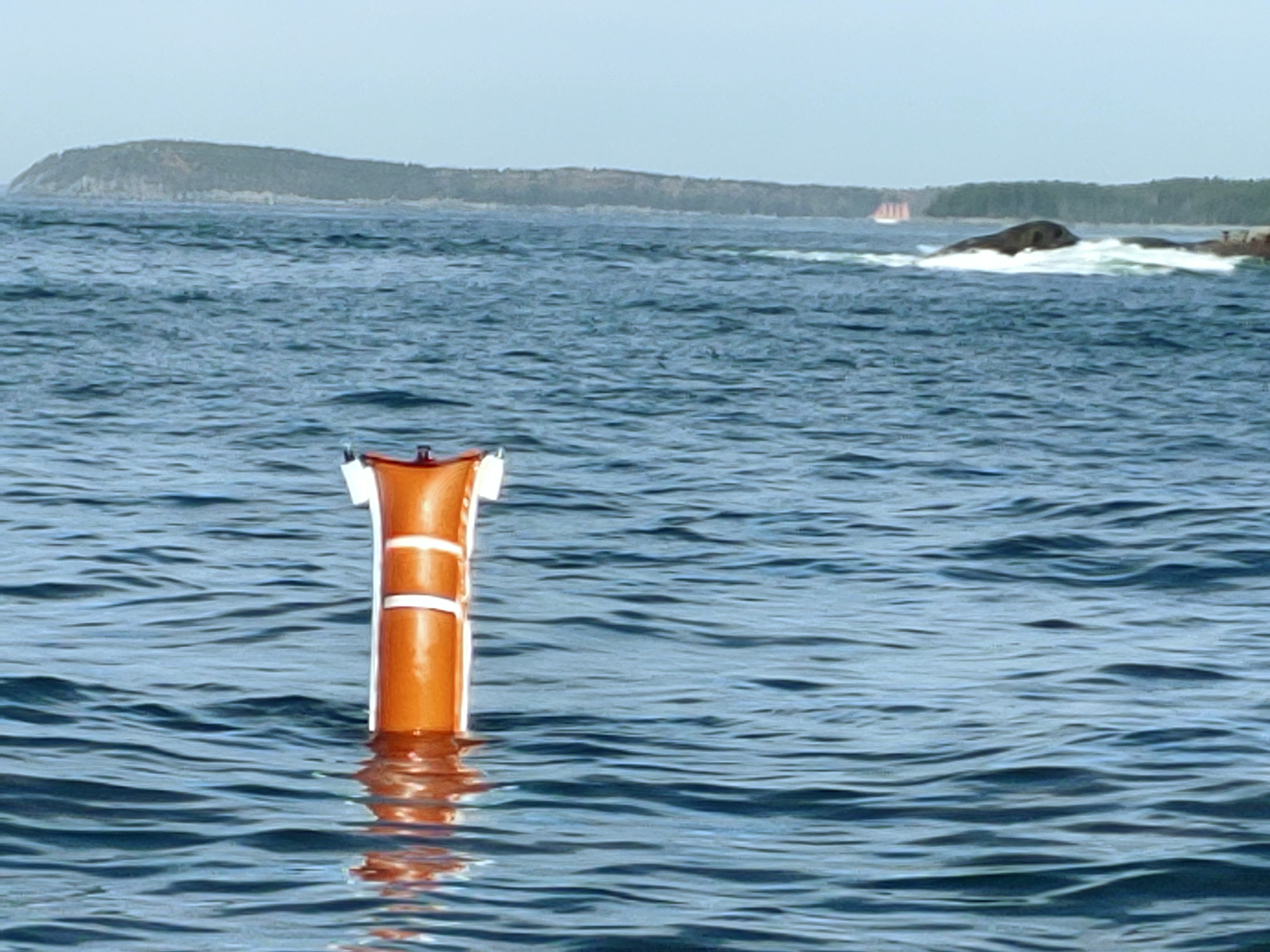 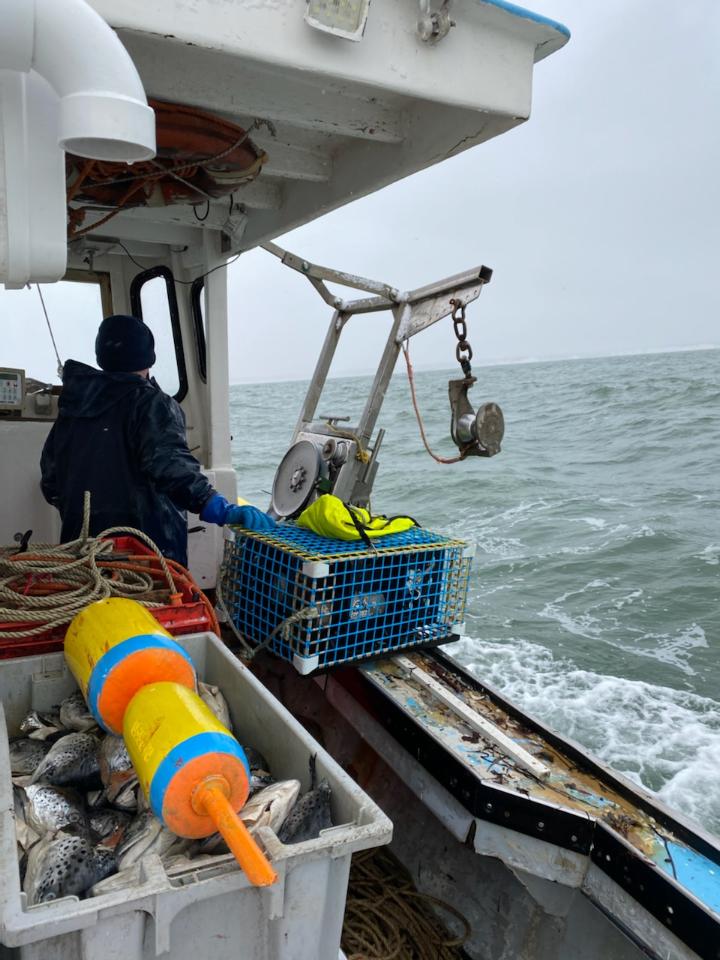 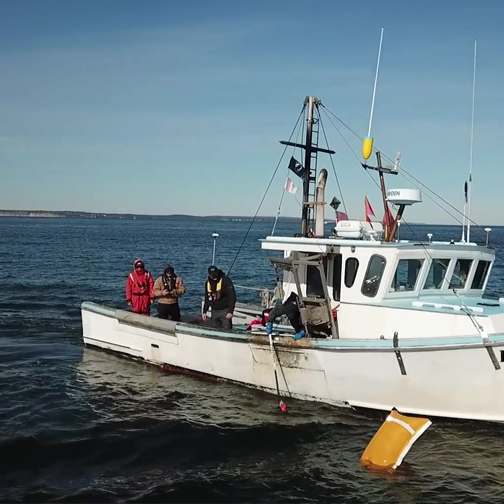 WHY DO WE NEED THEM?
Many at risk marine species such as whales, pinnipeds, sea turtles and basking sharks become entangled in the persistent buoy end line used in fishing gear, these entanglements cause severe injury and often death of the animal.
‍
‍Whether by marine life entanglement, ocean storms, incorrect line to depth ratios, strong currents or other factors, every day trap/pots are lost to the sea and typically not recovered. Ghost gear, the term used for fishing gear that is lost to the sea, continues to capture marine life with no benefit to fishermen and causing negative interaction to the ocean ecosystem.

This loss effects the profitability of the fishing communities and is a major source of marine debris and plastic pollution.  Countless marine animals are injured and killed from interactions with the traditional bottom set buoyed end line gear, when marine mammals swim into taut vertical lines they can become entangled, this ‘Bycatch’ (the capturing or entanglement of a species that was not being targeted for fishing) is a major environmental and economical problem that can be remedied with SMELTS Line-Free bottom set fishing technology. SMELTS lift bag fishing gear technology has the ability to reduce the financial burden on fisheries by providing a reliable marking and Line-Free retrieval tool when a fisheries closure is implemented due to negative marine life interactions in persistent buoyed end line gear. SMELTS solution can reduce with a potential of ending marine mammal injuries and death from the traditional bottom set fishing gear and support fisheries with a tool for persistent end line closures.

HOW DOES IT WORK?
The design of our Line-Free gear has taken what fishers are comfortable with using and and we have incorporated acoustics and the power of lift bags to get their gear back safe and reliably. We have simply taken the countless feet of vertical end lines and buoys and replaced them with an inflatable lift bag technology. This technology is already utilized everyday in salvage operations. The gear is brought to the surface using acoustic release technology which is very similar to a cellphone calling another cellphone instead of using electromagnetic radio waves we use acoustic communication; sound navigation and ranging or SONAR.
Order of operations gear is set in fishery and marked with GPS and SONAR positioning. Fishers return to their gear location using surface GPS and send acoustic release for gear to return to surface. Once at the surface, the blinking LED light on the lift bag and highly reflective SOLAS tape, allow for visual location. SMELTS uses Blue Ocean Gear Smart Buoys that provide GPS coordinates of resurfaced SMELTS lift bag gear which aids fishers to quickly relocate gear in low visibility or inclement weather. The Smart Buoy also acts as a pickup buoy so fishers can get SMELTS lift bag gear back on deck. Lift bag is quickly deflated and unit is ready to send back into fishing grounds.